Maywood89.org
News
Back to News

On the evening of May 17, 2022, D89 kicked off its very first Elementary School Coed Softball Tournament at Conner-Heise Memorial Park in Maywood. Lincoln Lions defeated Roosevelt Raiders with a walk off run-in extra innings and Jane Addams Panthers scored 5 runs in the last inning with a help of a grand slam to defeat the Melrose Park Mustangs. In the 5:30 game Emerson Eagles took down the Garfield Giants as time expired in regulation.

Semi-Finals and Championship games will be played on Thursday evening. Game times are 4:30pm (Semi-Finals) and 5:30pm (Championship) at Conner-Heise Memorial Park in Maywood. 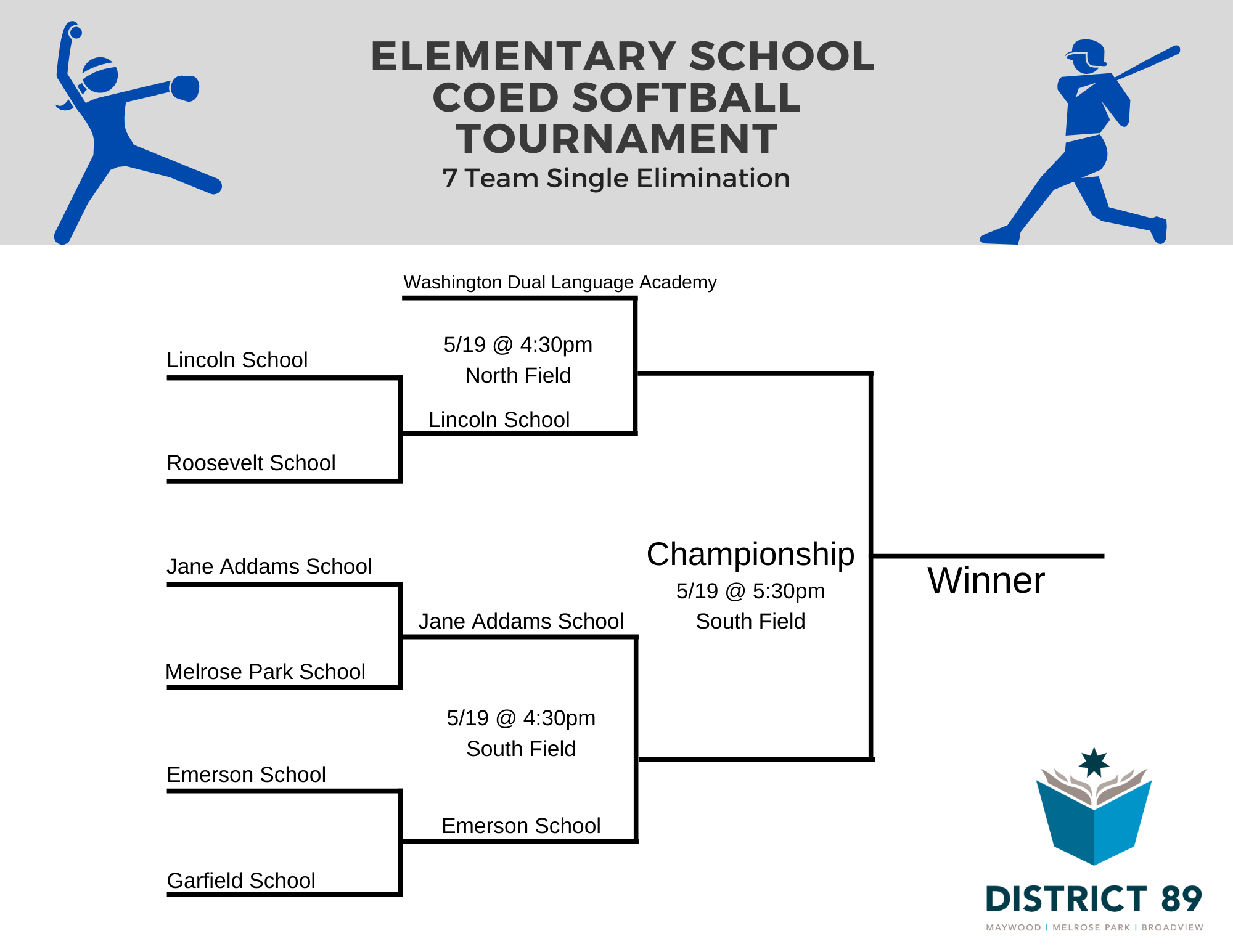